On 29 June, Resthaven Aberfoyle Park resident, Mrs Beatrice ‘Mabel’ Freeman, will celebrate her 100th birthday with her family from across the globe.

Mabel was born in Nottingham, England, along with her brother and two sisters.

While her father worked in the railways and her mother tended to the home, Mabel attended Clairmont School – first Prep, then Senior, finishing when she was 14 years old.

‘I was a shy child, and didn’t like school very much. What I was good at, was athletics – I have always kept fit throughout my life,’ says Mabel.

Mrs Freeman spent the next decade working as a machinist making ladies’ stockings.

‘Us women were all doing that during the war, and I was quite good at it, so I kept going.’

In 1943, during her early 20s, Mabel met her husband, and engineer, Wallis Freeman. As she describes it, ‘It was love at first sight.’ 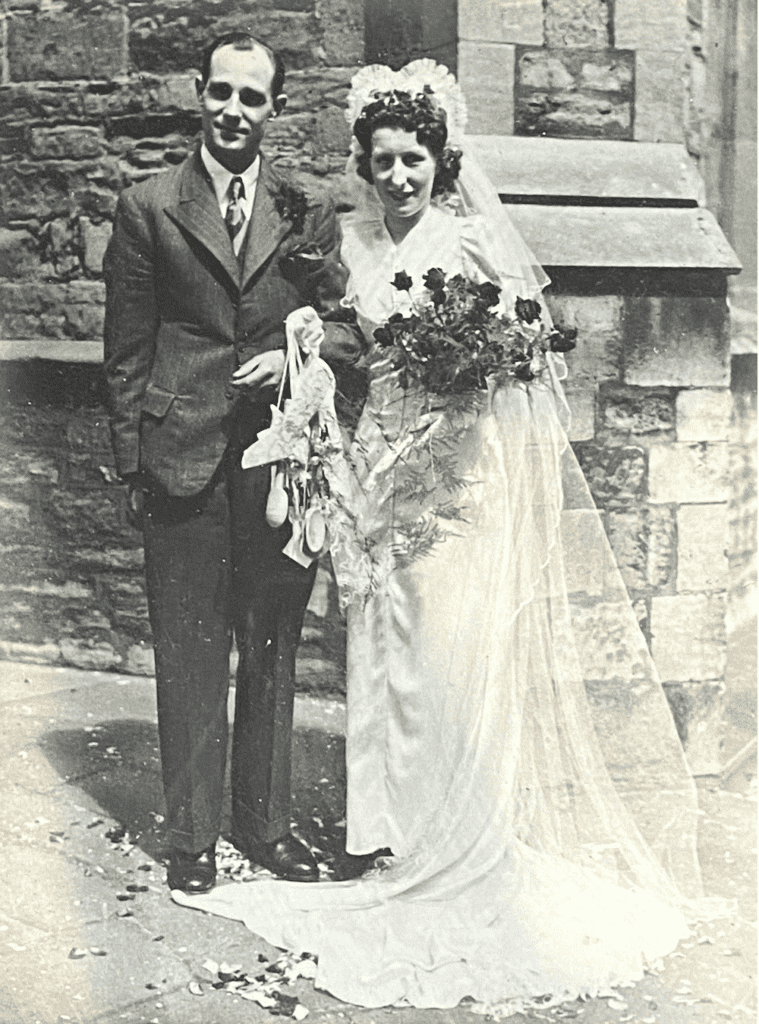 ‘We both happened to be at the local carnival, and we saw each other on the dodgem cars. That night, he told me he was going to marry me one day, and he did!’

In 1944, they married at their local church, surrounded by family and friends.

‘We had a wonderful marriage, and did many things together; cycling, swimming, skating – he made me a great cyclist!’

‘Every weekend, we would cycle around 90 miles, from Nottingham to Denver.’

As they enjoyed their newfound lives together, the newlyweds soon welcomed two daughters into their family, Julie and Pamela.

As an adult, Julie relocated to Australia, and in 2018, Mabel visited her, not wanting to leave.

‘I came down to Australia on my own, and I fell in love with the beach, particularly Glenelg Beach. When I went back to England, I got a cold, and thought, “I’m not staying here”, and that was that!’

‘When we get back, we have a video call with Pam, who is back in England. It brings me a lot of happiness to see my girls each week.’

Julie comments, ‘My daughter laughs at her when she says, “I love men and chips”, Mum’s a bit of a jokester, even as she reaches 100!’