In order to better understand our community, Resthaven regularly researches the cultural diversity of residents, clients, staff and volunteers. 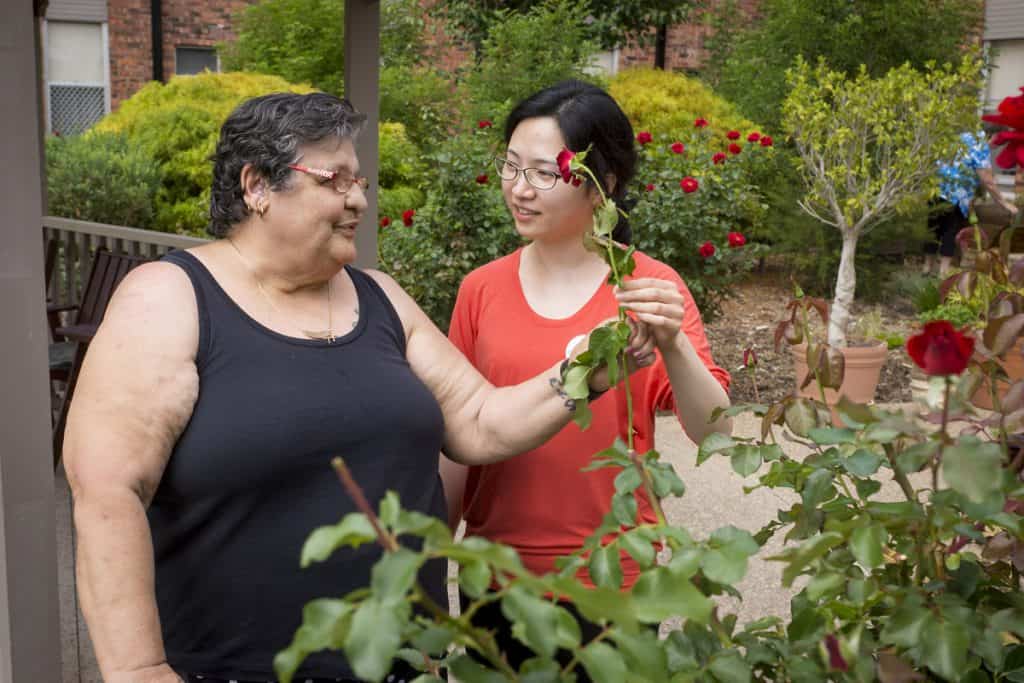 ‘We know that Australians have a very multicultural background, and the Resthaven community is no exception’, says Priscilla de Pree, Multicultural Project Officer at Resthaven.

‘The number of residents and clients with diverse backgrounds is increasing, particularly with the ageing of post-World War Two 1950s migrants from Europe.’

‘This year, we compared our results against the 2016 Australian Census data that was recently released, to see how we compare to the rest of the state and the country in general. This made for some very interesting reading.’

‘In South Australia, 34% of the population aged 65 and older were born overseas, compared with 33% of the Australian population. Around 18% of South Australians identify with being from a CALD background (21% nationally), and 13% speak a language other than English at home. Nationally, a higher percentage speak another language at home (15%).’

‘At Resthaven, 32% of our customers were born overseas in one of 79 countries, and 15% are from a CALD background. Of these, 10% of residents and clients collectively speak 53 languages other than English. Resthaven’s services are ‘co-designed’ to meet their language and cultural needs as well as possible.’

‘The top five languages other than English spoken at home in South Australia are Italian, Mandarin, Greek, Vietnamese, and Cantonese, whilst the top five non-English speaking countries of birth are Italy, Germany, Greece, Netherlands and Poland.’

‘South Australia has a lower percentage—0.9%—of over 50s who identify as being from an Aboriginal and Torres Strait Islander (ATSI) background, where nationally it is 1.4%. Around 0.5% of Resthaven residents or clients identify as ATSI.’

‘Staff data is similar to residents and clients, with 31% born overseas in one of 65 non-English speaking countries, representing 25% of the workforce, and collectively speaking 56 languages.’

‘Fewer volunteers are from CALD backgrounds, with 18% identifying as CALD. Of these, 29% were born overseas in 32 non-English speaking countries. Collectively, they speak 43 languages other than English.’

‘Staff undergo cultural awareness training to support them in working together with older people and their carers. This research influences and informs our workforce development approach and program development, putting evidence from the research findings into practice.’

‘As a South Australian community founded on the principles of inclusion and unity, Resthaven embraces diversity. We respect each person’s beliefs, culture, language, background, lifestyle, life experiences and values.’