In October, the animals ‘came in two by two’ to the Resthaven Marion Show Day! 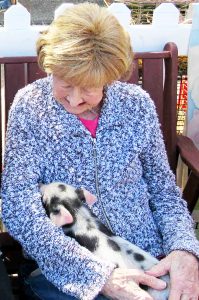 ‘Despite the specially constructed animal pen, we all gasped as a tiny rabbit squeezed through the fence – but no fear! Indi the sheep dog was on to it.’ 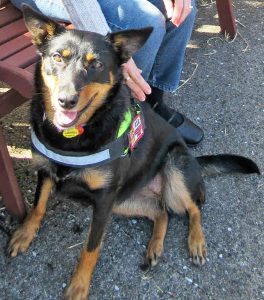 ‘Up and over the fence she went, and rounded up the escapee!’

‘The site lounge could have been mistaken for a Wayville Showgrounds pavilion, with a beautiful doll collection on display, thanks to Rhonda, the mother in law of one our staff members.’

‘Rhonda came along with some of her fellow doll and toy club members, who put on a beautiful display, taking residents on a trip down memory lane.’

‘There were also handicrafts on display, made by residents and staff, along with artwork by our talented resident artists.’

‘There was plenty of laughter from “sideshow alley,” as residents had a go at bowling over cans, and spinning the chocolate wheel for a prize.’

‘Bertie Beetle show bags were handed out, and a CWA-style afternoon tea was served in the lounge.’

‘There were tables set up outside, which many residents took advantage of, enjoying their afternoon tea with family members in the sunshine.’ 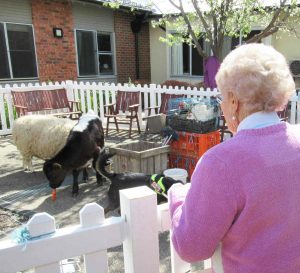 ‘It was a great day for all, and we look forward to doing it again next year.’

Wellness programs and in-home support are available for older people who live at home in the general community or retirement living.