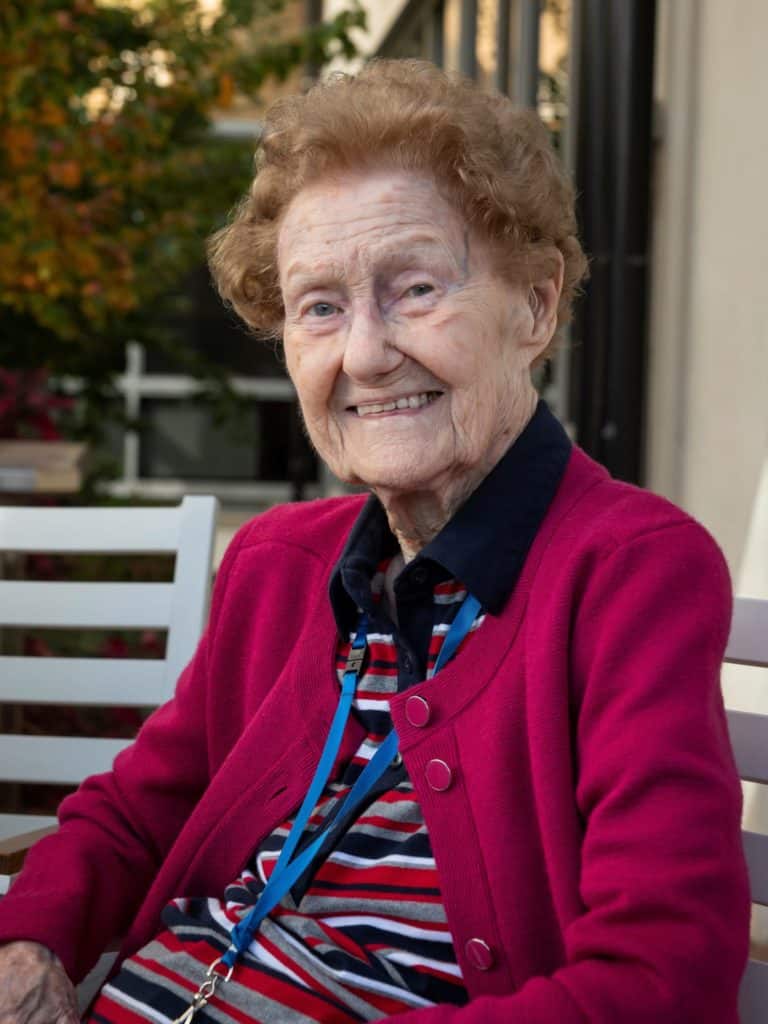 Mrs Dick says, ‘I was born and raised in Adelaide, and attended Adelaide High School, finishing as an Intermediate (Grade 12).’

She looks back fondly on her social life at the time, much of which was spent at the local dance at the Embassy on Grenfell Street, Adelaide.

‘My friends and I would have been 15 or 16, and we went along every Saturday night. We got ourselves into a lot of strife back in those days!’

It was here where she first made her acquaintance with future husband, Mr Philip Dick. However, this was not your typical love story.

‘I remember thinking he was handsome, but nothing came of it. I was not interested in marriage or the likes. Not one bit.’

At the age of 21, World War II shook the world as Mrs Dick knew it, and she decided to join the Air Force.

‘I worked as a tailoress, as well as in equipment. I moved around to where they needed me.’

During her first year in service, Mrs Dick came across a familiar face.

‘I had no idea as a teenager that Philip was in the Air Force all along! I met him there one day and we got to talking about the good old days, and I suppose he asked me on a date.’

Mrs Dick served in the Air Force throughout the entire duration of the war, and when it ended, she gave in to Philip’s requests to marry him.

Mr and Mrs Dick went on to have five children, however, tragically, she lost three of her beloved children due to complications from Rhesus disease.

‘It wasn’t known so much back then, and they couldn’t do anything about it for me unfortunately. I am pleased with how far technology has come with the disease, and I often tell my story to spread awareness.’

Now, Mrs Dick enjoys the company of her closest niece, Kristy, who visits each week, as well as her 90-year-old sister, Val, who lives in a nearby retirement village.

‘Val will drive down here, and we have tea and scones, then before bed, she’s always calling me up! We have good fun together, even in our old age.’

Mrs Dick celebrated her centenarian milestone at the Belair Hotel with her sister, four grandchildren, and two great grandchildren.

*Rhesus disease is a condition where antibodies in a pregnant woman with rhesus negative blood type destroy her baby’s rhesus positive blood cells. Rhesus disease doesn’t harm the mother, but it can cause the baby to become anaemic and develop jaundice if untreated, leading to still birth or other complications.