Home > Latest News > How to have a long and happy marriage

Never go to bed on an argument

Mr and Mrs Kurt and Inga Stumann of Resthaven Craigmore will celebrate 64 years of marriage this year, so it’s safe to say they know their stuff.

With Valentine’s Day coming up, Inga’s best advice for a long and happy marriage is to ‘never go to bed on an argument.’

Luckily, Mr and Mrs Stumann never have to, as they are one of the many couples who live at Resthaven who share a couples room within the residential home.

Couples rooms are larger and can accommodate two beds, so that couples such as Mr and Mrs Stumann can remain living together, even if their individual care needs change. 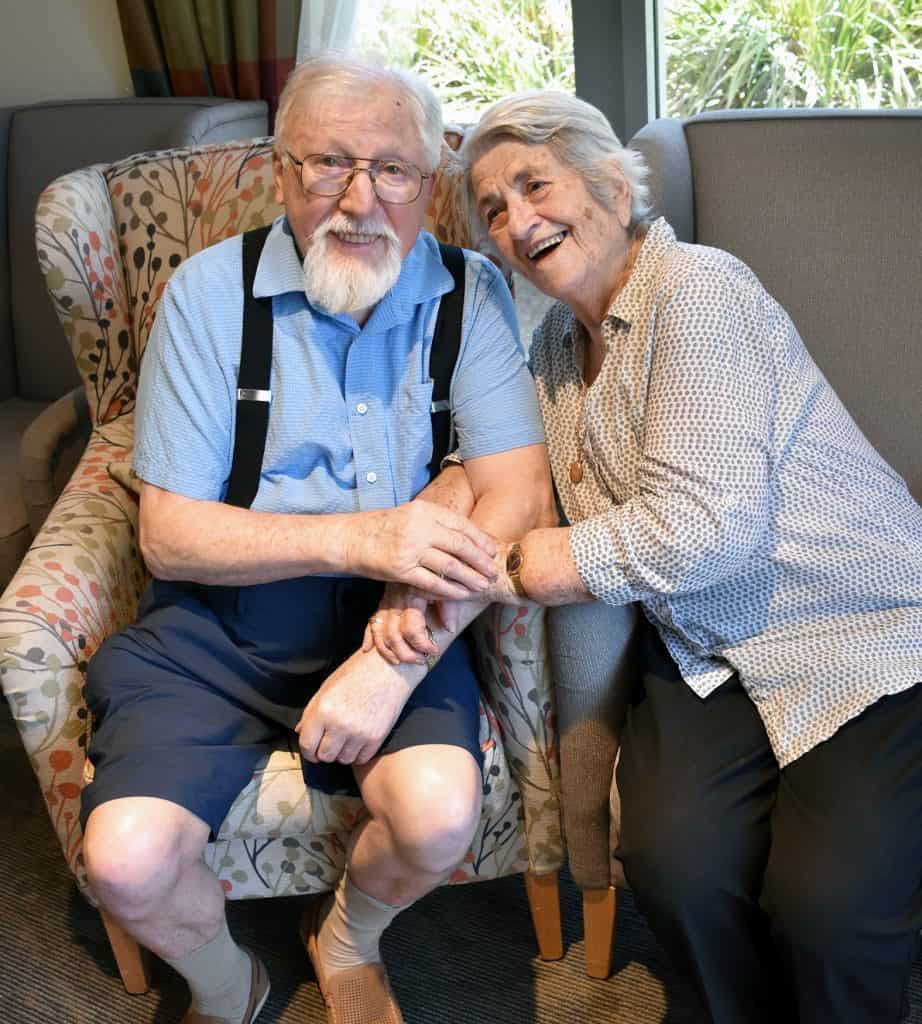 Mr and Mrs Stumann were certainly relieved that they could stay together, continuing their long and happy marriage.

Their story began at a youth club in the late 1940s in a part of Germany now known as Poland. Inga says the first things she noticed about Kurt was his ‘brown eyes – I was fascinated by them.’

Kurt asked Inga out, and they went on several dates and to local dances together, becoming great friends.

However, Inga subsequently left the town for around a year, and Kurt chose to move to Australia.

During this time, they remained friends, and kept in contact through letter writing. After some persistence, Kurt finally managed to convince Inga to move to Australia In the early 1950s.

They were married soon after by Pastor Timba at their local Lutheran church. They went on to have eight beautiful children together.

Mr and Mrs Stumann moved into Resthaven Craigmore in November 2018, and are delighted to continue another chapter of their story in their new Resthaven home.

Resthaven community services also supports older people living in their own homes in the community throughout metropolitan Adelaide, the Adelaide Hills, Murraylands, Riverland, Barossa, Fleurieu Peninsula and the Limestone Coast.

Find a Resthaven place or service near you